Comorbidity is generally defined as the co-occurrence of two or more physical or mental health problems.

Psychiatric comorbidities, particularly, have recently emerged as significant clinical, public health and research issues, in part due to recent changes in psychiatric nomenclature, involving an increased focus upon elucidating any number of mental health problems with which an individual might present, rather than diagnosing one problem to the exclusion of others.

If you suspect that you or someone you know is experiencing an eating disorder, it is important to seek help immediately. The earlier you seek help the closer you are to recovery. Contact your GP for a referral to a practitioner with specialised knowledge in eating disorders.

Find help in your local area.

Find out more about psychiatric and medical comorbidities 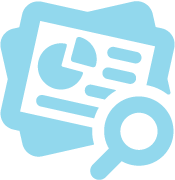 We will continue throughout 2020 to update and improve the NEDC website and welcome any feedback you may have on the site.